New Orleans Influence for your wedding

On my wish list of places to visit is New Orleans, "The Big Easy". The big city's nickname brings images of of a slow and relaxing and fun atmosphere. With my love of weddings and my desire to visit this great, historic city I thought it fitting to do a New Orleans Wedding post.

Having your wedding in New Orleans must be very exciting, with it's many traditions and historic locations and culture. However, if you are unable to get married in New Orleans why not bring "The Big Easy" to your guests. I like to share some items that will bring a New Orlean's feel to your wedding.

Fleur de Lis (Flower of the Lily) and New Orleans

Traditionally, it has been used to represent French Royalty, and it is said to signify perfection, light, and life. The New Orlean Saints have had the emblem on their uniforms since 1967. After Katrina the Fleur De Lis, grew stronger in popularity as it came to represent a symbol of hope to a city continuing the rebuilding process. It became a symbol to those away from there home and for those want to rebuild and come back home. The Fleur De Lis became a connection between all that love this great city. The symbol of the Fleur de Lis now flies proudly in New Orleans neighborhoods. In New Orleans you will see the Fleur De Lis on the City of New Orleans official flag, and even on New Orleans Police Department and Emergency Medical Services vehicles.

With all the meaning that this emblem brings it would be great to incorporate in your wedding. A second line in a wedding signifies the new life between the bride and groom. In the French quarter a bride would arrive in a horse drawn carriage as they follow the "main line" parade. They are often followed by the second line parade. 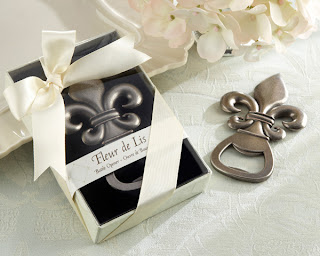 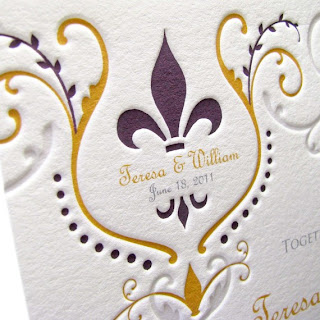 Parasols are often used during the second line parade. This is a tradition where a brass band plays livelily music while participants walk behind twirling parasols and handkerchiefs. This band would not be the official band playing with a permit which was called the main line 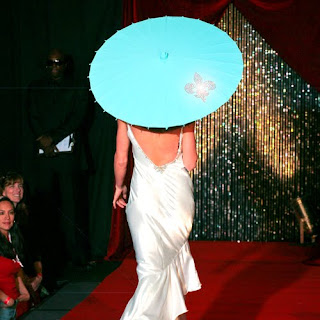 
The wedding cake pull tradition dates back to Victorian England. Charms were baked into wedding cakes, and then the attendants and bridesmaids all had a chance to pull their charms from the cake. Over time, the tradition has evolved, and it is no longer limited to members of the wedding party. Children, family and guests are often invited to retrieve a charm from the cake. The wedding cake pull is seen more often in southern weddings in modern times, but it is still a quaint and sentimental part of many wedding receptions.

The Meaning of the Charms


Read more: What is the Meaning of Wedding Cake Pulls? | eHow.com
Posted by Kathy G at 12:00 AM