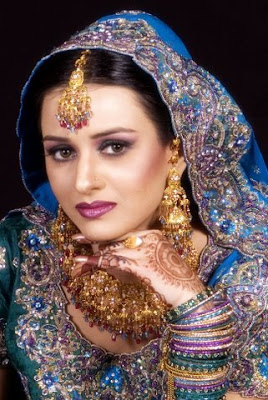 If you are hosting an Indian theme wedding, you might want to include a Mehendi as one of your pre-wedding ceremonies. The mehendi ceremony usually takes place one or two days before the wedding at the bride's place.

The Mughals brought Mehendi to India as lately as the 12th century AD. As the use of Mehendi spread, its application methods and designs became more intricate and sophisticated. The Mehendi ceremony is considered so sacred in some religions that unless the mother-in-law has applied the first dot of Mehendi to the bride's hand, the painting cannot go ahead. The Mehendi dot is considered to be a symbolic blessing, bestowal of which permits the new daughter-in-law to beautify herself for the groom. 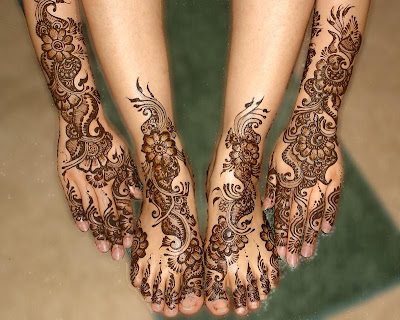 Ladies and unmarried girls from both sides (bride and groom) gather in advance at a chosen venue, where the bride's hands and feet are gorgeously adorned by the artist. Guests often take this opportunity to get intricate mehendi designs on their hands also. 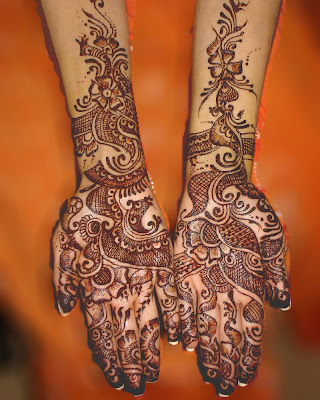 For the best and richest mehendi's, artist start with the best Mehendi power. Usually, powder Sorjatt in Rajasthan is used, as it is considered the purest. 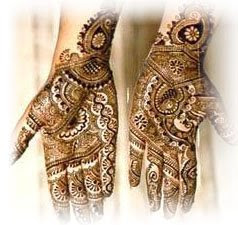 To find a Mehendi artist in your area, click here